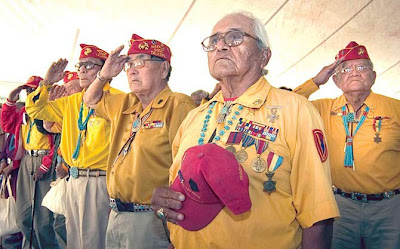 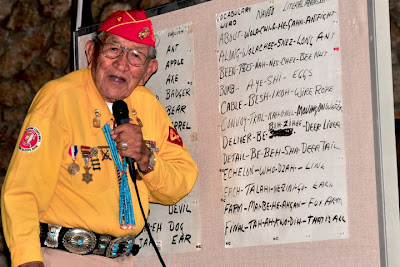 What is code talking and how was it used in World War 2?

During the early part of World War II, the U.S. Government allowed the United States Marine Corps to recruit Native Americans from the Navajo tribe to be able to quickly transmit messages via combat radio equipment using their native Navajo language in combat situations in the Pacific Theater while fighting the Japanese troops (Churchhouse, 2004).

Initially, this project with the Navajo codetalkers, as they were called, started with 29 Navajo Marines. The significance of the ability to use these these Navajo codetalkers was that it afforded the U.S. Marines the ability to transmit vitally important battlefield communications using their native Navajo language in a way that the Japanese could not possibly hope to crack. Reason: the Japanese had no familiarity with the Navajo language (Churchhouse, 2004).

What is remarkable is the patriotism and the heroism of these men. Depite the fact that, many native Americans still felt as if the Americans had stolen their land during the 1700s and the 1800s. These Navajo Codetalkers rose to the call to serve the U.S. cause in World War II, and placed themselves in harm’s way in battlefield situations to help further the cause of the U.S.’s tactical and strategic objectives in the Pacific Theatre.

I did some additional research and found 12 very interesting pictures of the surviving Navajo codetalkers and these pictures are attached (Facebook Navajo Codetalkers Forum, 2011).

Please check out these pictures. They will help you understand a lot about these magnificent Americans and their selfless service to the U.S.